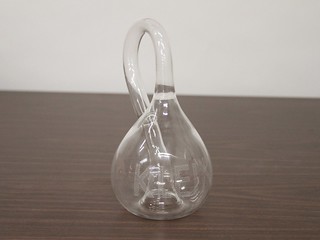 Felix Klein was born in Prussia, Germany on April 25, 1849. In Klein’s obituary records it states that Klein enjoyed taking note that his birth date consisted of three squares of primes: the 22-th month, on the 52-th day in the year 432. Klein attended the University of Bonn, where he studied mathematics and physics from 1856-1866. While attending the University of Bonn, Klein had the opportunity to be an assistant to Julius Plücker , who piqued Klein’s interest in geometry. Julius Plücker is a famous German mathematician, and physicist. He did extensive work with cathode rays, spectroscopy of gases, and also invented line geometry. After Plücker died, Klein was left with his mentor’s incomplete work on geometry. Klein is a legacy in the field of mathematics for his work such as Klein quartics, Klein quadrics, the Klein model, and Klein geometry. In their biography of Felix Klein, J.J. O’Connor and E.F. Robertson write, “It is a little hard to understand the significance of Klein’s contributions to geometry. This is not because it is strange to us today, quite the reverse, it has become so much a part of our present mathematical thinking that it is hard for us to realise the novelty of his results and also the fact that they were not universally accepted by all his contemporaries” (J. J. O’Connor, E. F. Robertson).

One of Felix Klein’s discoveries is the Klein bottle. The Klein bottle is a lot like a Möbius strip, so let’s start with that. A Möbius stip is a surface with one non-orientable side, and one boundary component.  It can be made by taking the two ends of a rectangle, twisting one end 180 degrees, and joining them together. To be non-orientable means that a manifold has “a path where the vector ends up as the mirror-image of the initial orientation” (mathforum.org). To visualize a one-sided surface, if you are “standing upright, you can walk along the surface and reach both sides of each point of the surface” (Polthier, Konrad).  From this interpretation of a Möbius stip, we can now describe the Klein bottle as the combination of two Möbius strips. The Klein bottle is a one-sided surface, that has no inside or outside, and no edges. The Klein bottle “can be constructed by gluing both pairs of opposite edges of a rectangle together giving one pair a half-twist, but can be physically realized only in four dimensions, since it must pass through itself without the presence of a hole” (Weinstein, Eric W.). To generalize, a Klein bottle is made up of two dimensional parts, but can only exist in the fourth dimension. One feature of the Klein bottle is that if you slide a symbol around on its surface, it will reappear in the same place but backwards.