There is the Pépin test which gives sufficient and necessary condition for the primality of the Fermat prime and this can only be implemented by use of modern computers. Pépin’s test is a primality test, which can be used to determine whether a Fermat number is prime. It is a variant of Proth’s test. The test is named for a French mathematician, Théophile Pépin.Let Fn be a Fermat number. Fn is prime if and only if 3(Fn-1)/2 = -1 (mod Fn).Here 3 can be replaced by any positive integer k for which the Jacobi symbol (k|Fn) is -1. These include k=3, 5, and 10.If Fn is prime, this primality can be shown by Pepin’s test, but when Fn is composite, Pepin’s test does not tell us what the factors will be (only that it is composite). For example, Selfridge and Hurwitz showed that F14 was composite in 1963, but we still do not know any of its divisors. (Chris K. Caldwell) 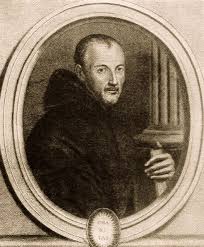 The first 12 Mersenne primes were known since 1914 and the 12th, 2127-1, was established by Anatole Lucas in 1876. It was one of the largest-known prime number for over 75 years. The next 5 Mersenne primes (p=13 to 17)were discovered in 1952. It was in 1952 when the testing program for Mersenne numbers was began. This led to the establishment of three other primes. More testing has been carried out using modern day computers and the smallest Mersenne number that is untested is 22309-1 (~2013), and this has not been a case of great interest. There is a conjecture that 2n-1 is always prime when n is a Mersenne number. And the more interesting case is the 28191-1 because the 8191 also is the Mersenne number. (Křížek, Florian and Lawrence 214).