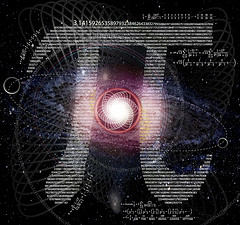 Upon discussing ancient Indian math, the point was brought up about whether or not it would be beneficial learn Vedic-Math, involving various techniques to do rapid mental calculations. The basic argument is that it provides quick arithmetic tricks and may be able to get more people interested in mathematics. However, with these techniques only the computation gets mastered and the idea behind the computation is lost. Again I was reminded of this while studying about Diophantus and his book, Arithmetica, because the text is largely computational and gives many worked out examples while forgoing formal proofs. Mathematics is such a broad and universal subject, and as such everyone has a unique experience and mindset when it comes to math. Some people gravitate more towards formal proof and generality, while others gravitate towards computation and specific solutions. The fact that Arithmetica was more a collection of problems in Algebra’s applications instead of an Algebra textbook shows how ancient the dichotomy of mathematical mindset is. This is especially evident among different professions. An accountant and an electrical engineer or a physicist and a mathematician may see the same problem in a completely different light.

From a physicist’s viewpoint mathematics is a model. Philip Davis and Reuben Hersh’s book, The Mathematical Experience, devotes a section to a physicist’s viewpoint towards mathematical rigor. In the section they interview one anonymous physicist to which they considered his scientific feelings to be general. I found this physicist’s thoughts on mathematical proof to be interesting. “To him, proofs were relatively uninteresting and they were largely unnecessary in his personal work. […] Proof is for cosmetic purposes and also to reduce somewhat the edge of insecurity on which one always lives.” The physicist also describes how questions of generality and truth are not important to him because all scientific work is “of provisional nature.” Physicists and engineers simply view mathematics as a toolkit to move them from one end of their problem to the other. It doesn’t need to be rigorously proven and generalized so long as the answer makes sense in the specific circumstance. Computation is critical when dealing with problems of a physical nature, but how important is it when it comes to teaching and learning difficult concepts?

Perhaps the most important aspect of having different mathematical mindsets is how they affect those that we teach. Communicating a mathematical idea can be just as difficult as learning it in the first place, so it is critical to understand how effective imposing one mindset or the other is. These different frames of mind are brilliantly presented in a paper written by Frederick Reif from the University of California at Berkeley titled, Interpretation of Scientific or Mathematical Concepts: Cognitive Issues and Instructional Implications. Reif discusses various ways to interpret a scientific concept and the advantages and disadvantages each have.

The mindset that involves generality for all solutions of a problem Reif refers to as declarative specification. Declarative specification relies on stored knowledge that defines a concept explicitly by its characterizing features, which could be shown as a proof of a theorem. Reif states that while declarative specifications can be precise and general, the disadvantage lies in translating the interpretation because it may be ambiguous and lead to faulty intuition. An example of this would be interpreting the concept acceleration as the rate of change in velocity with respect to time, written more compactly as dv/dt. While this example is explicit and seems elementary towards an expert, it is important to look at this objectively and consider how others might interpret it. Someone who is just learning calculus or physics may not fully understand earlier concepts such as derivatives or vectors and this new concept can then be misinterpreted.

Reif refers to the interpretation process based on computation and example as procedural specification. The interpretation involves “implementing [a] procedure in the particular instance of interest.” Procedural specifications provide more detailed and explicit specifications for a problem and often an easier starting point. In the example of interpreting the concept of acceleration, one would implement specific steps to break down the general idea into smaller problems. They would measure velocity at different points in time, take the difference in velocity, take the difference in time, and then take the ratio of the differences. Some of the disadvantages of this type of interpretation are that it is often more lengthy and certain aspects of the general case may be brushed over.

My own experience involves both of these mindsets. During my first semester at the University I had a teaching assistant in my calculus class that insisted that if I was able to understand the general case I would be able to solve any problem. This turned out to be true for many of the topics in my math classes. However, this was not the case for my physics courses, where if I had not had significant practice working through specific examples I would not have understood the concept at hand. Experts often teach solely towards the general case because that is how they were taught to view a problem. I think it would be beneficial to incorporate both ways to view a problem to appeal towards all mindsets.  Elaboration toward specific examples with specific solutions may cause others who get lost by the generality and abstraction to further understand and see the larger picture. Both viewpoints have their benefits and together they provide a good balance while working to solve problems. It could also be beneficial for someone who is entirely engrained in their viewpoint to try and understand a topic from another perspective. Computation and theory are equally important and each provide meaning for the other.